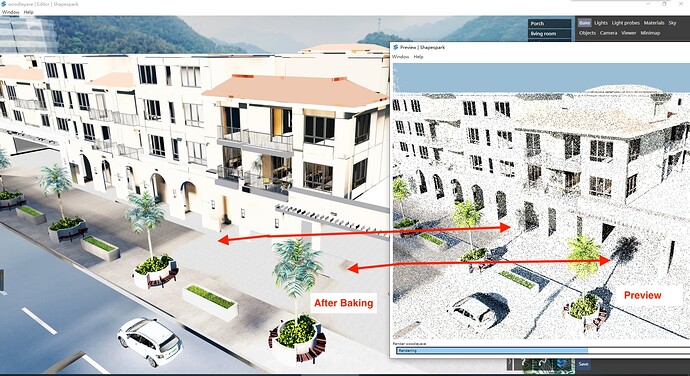 Based on the screenshot, the lightmap resolution seems very low for the terrain in your scene. What’s the value reported by the Objects tab? If your terrain around the building is very large, perhaps you can make it smaller?